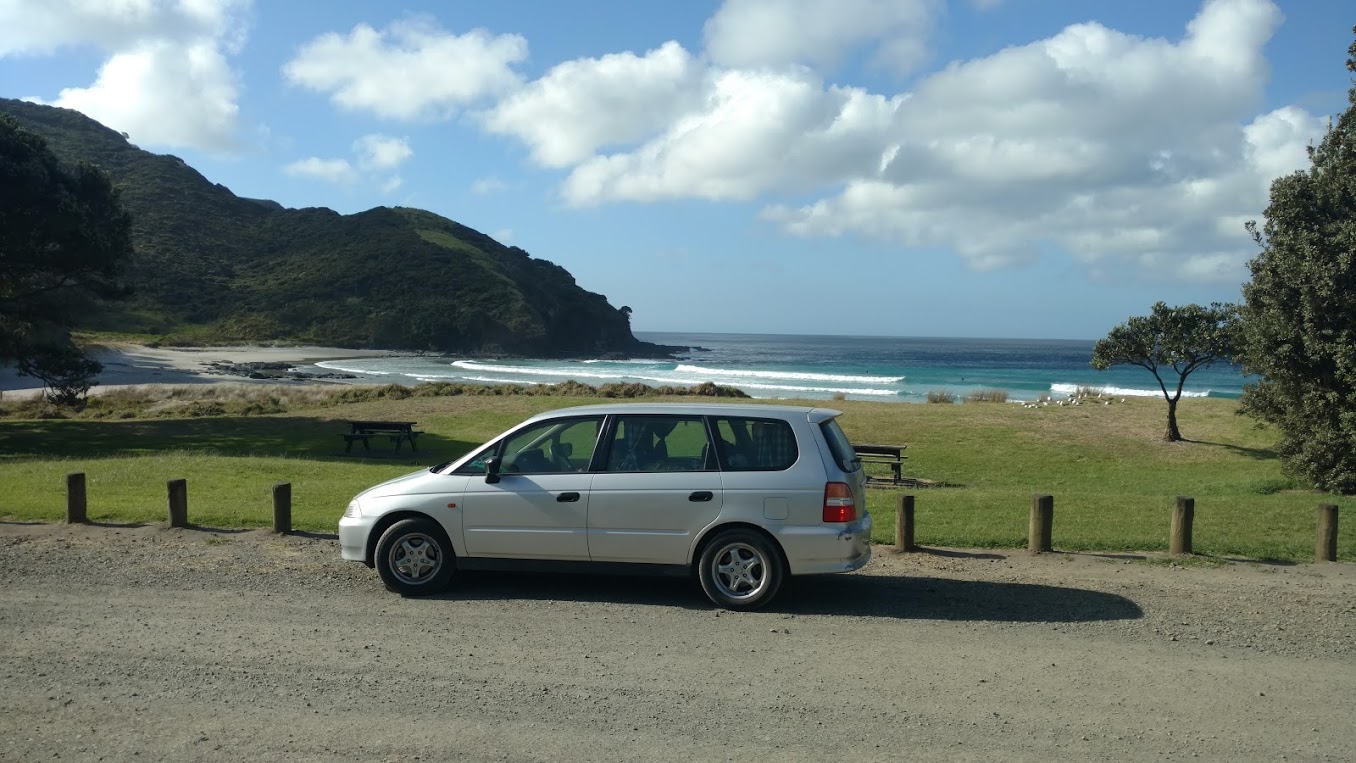 Casey and I were driving to the norther tip of the north island of New Zealand.  We had enjoyed exploring Paihia and has loose travel plans to swim at the northern most tip of New Zealand.  We had camped at a free campsite we found on the Campermate app: Raetea North Side Campsite. (Note: the Campermate app was really useful during our time in NZ to help us locate free nearby campsites while traveling). The campsite was beautiful and remote.

I was looking forward to swimming in the ocean on the tip of the north island of New Zealand.  Tapotupotu Bay had really good reviews, and so this was the our destination.

The northern most tip of New Zealand is a very narrow peninsula called the Aupouri Peninsula.  Covering most of the western coast of the peninsula is the 90 Mile Beach.  This is one the longest beach in New Zealand (but it is beat by the Ripiro Beach, which is 66 miles [107km] long).  As were driving the highway along the Aupouri Peninsula we saw signs for the 90 Mile Beach and decided to stop and have a look. 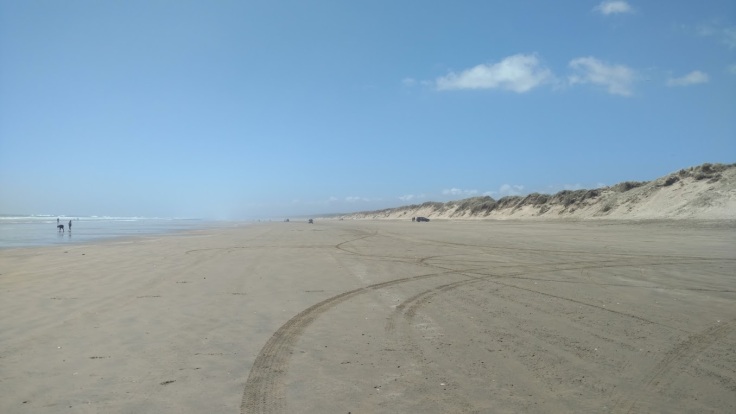 Contrary to the name, the 90 Mile Beach is actually only 54 miles (88 kilometers) in length.  When we got to the beach there were cars cruising along the white sand.  I found this odd, and witnessed some vehicles get stuck and need assistance.  You are allowed to drive there, but only during low tide.  There is also a sign posted for safety:

We saw people collecting clams/oysters from the beach where the waves were dancing along the white sand.  We enjoyed walking the beach ourselves, letting the water wash over our feet.  It was nice, but the wind was fierce here. 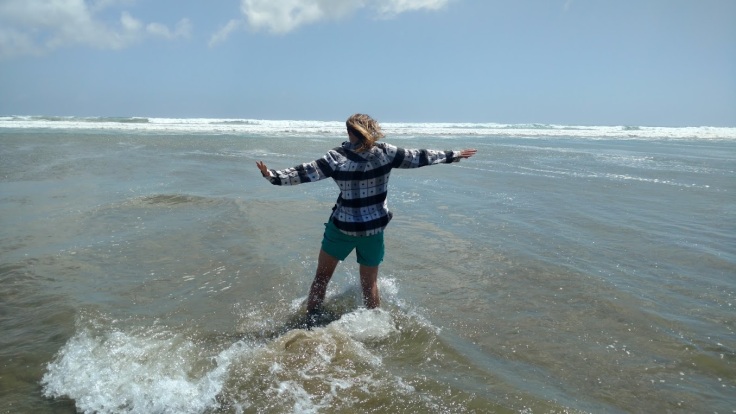 Because beach is very long and straight, there is nothing to block or slow down the wind.  It was nice to stop and see, but we didn’t feel it was a nice beach to just chill and swim at. We did enjoy our lunch here, but we stayed by the van to block the relentless wind.  Afterwards we continued our journey north.

It was about an hour of driving from the 90 Mile Beach to Tapotupotu Bay.  We drove our campervan through some winding hills before making our way down the gravel road to the bay.

The hills create a nice cove and the beach is inland, which makes it less windy than the previous beach we visited that day. 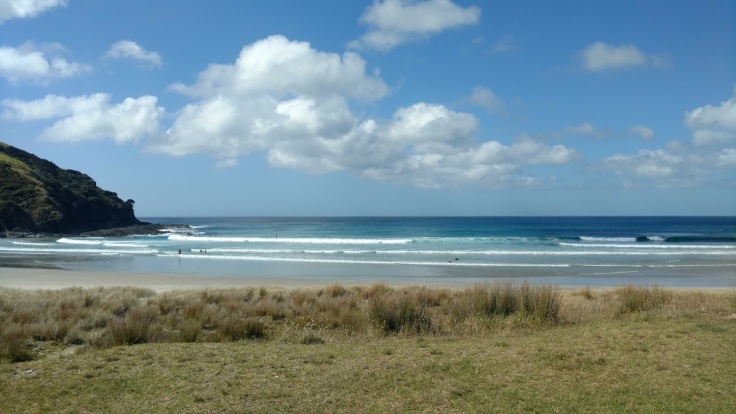 The sun was shining bright.  It was a beautiful summer day for swimming!  The beach was not that busy.  I would have to say this was one of my favorite beaches that we visited in New Zealand.  There is a campground at Tapotupotu Bay, however we decided to drive back to the free campground we stayed at the night before.  We had some reservations for a day trip to Poor Knights Island that we wanted to be sure to make.  I do wish we had made a little more time to spend in this area, as it was incredibly beautiful!

Have you visited the 90 Mile Beach or Tapotupotu Bay?  Do you recommend any other places in the Aupouri Peninsula?